HomeNewsDeveloping CountriesUniversal Health Coverage: Including Rare Diseases to leave no one behind
Go Back

Universal Health Coverage: Including Rare Diseases to leave no one behind 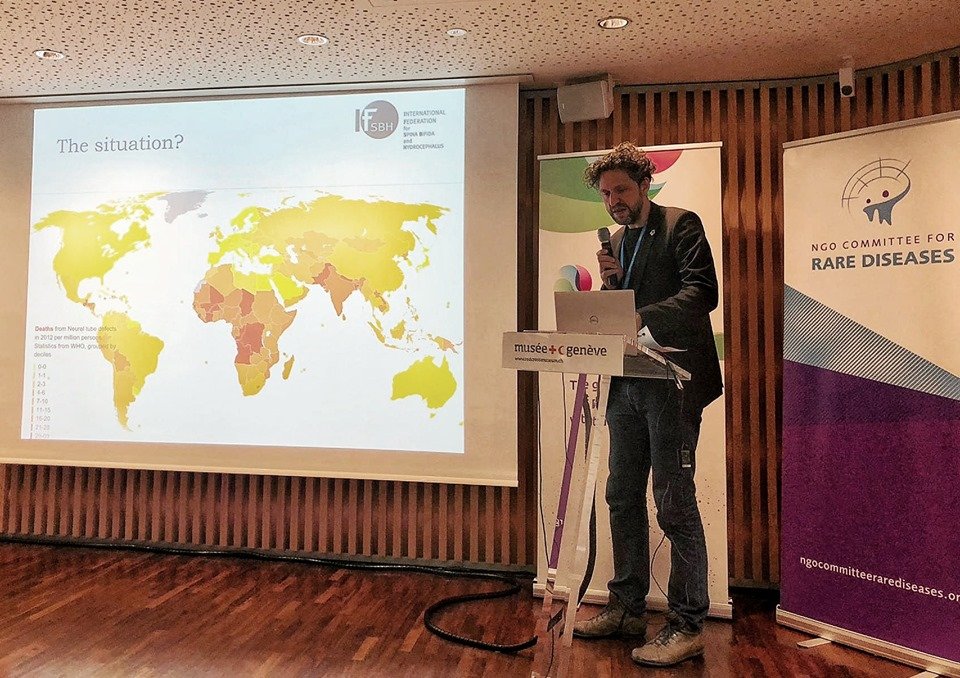 28 May 2019 // On 23 May, IF Secretary General Lieven Bauwens was in Geneva for the a side event organised by the Rare Diseases International (RDI) at the World Health Organization (WHO) 72nd World Health Assembly (WHA72).

The side event “Universal Health Coverage: including rare diseases to leave no one behind” aimed to highlight the importance of Universal Health Coverage (UHC) for people living with rare diseases, a large community that is too often ignored, and yet must be taken into account when discussions about UHC are held. An inclusive, affordable UHC is a fundamental step towards reaching the Sustainable Development Goals, in which the principle of leaving no one behind must be applied also to health care.

Various speakers, coming from different countries and backgrounds, took the floor during this 2 hour event, introducing the topic of rare diseases and pointing out the state of isolation that people living with rare diseases are often forced to face in their daily life. The Sustainable Development Goals and their principle of leaving no one behind were also mentioned, a principle that applied to healthcare means nothing less than a fair, open access to UHC.

After the introduction, a panel focused on strategies to address rare diseases within UHC started, where IF Secretary General Lieven Bauwens spoke on behalf of the SBH community, highlighting the importance of prevention and the need for early intervention when it comes to spina bifida and hydrocephalus, measures that only UHC could ensure to children and people living with SBH all over the world. He also emphasised the importance of data, which are crucial in both the areas of care and prevention.