Mirela Bukovac at the Eurochild Conference 2018 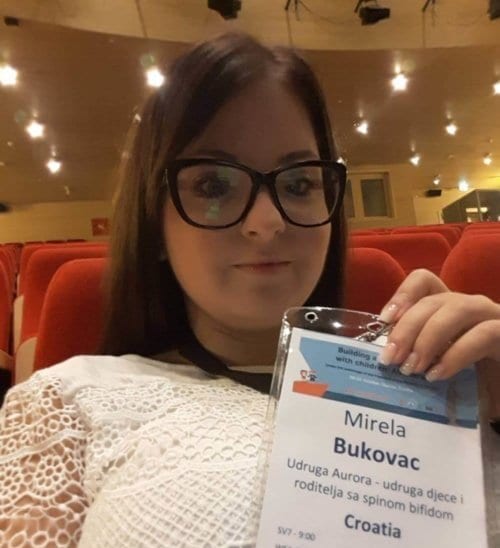 2 November 2018 // IF and Udruga Aurora, our member association from Croatia, were represented at the Eurochild Conference 2018 by Mirela Bukovac, who is also member of IF Youth Group. She attended and participated in the event.

The conference was about participation of children in decision-making processes. The first day, at the opening ceremony, moderators were presented and also the Major of Opatija, the Major for children of Opatija, Youth Advisory Group, Princess Laurentien of the Netherlands and many other people who work with children.

The second day of the morning participants could do study visits. Mirela went to the primary school R.K. Jeretov, Veprinac, and in the afternoon she attended two workshops. The first was about ”Inclusive and meaningful participation”. Young people from Ireland presented their workshops and programs about children and young people with disabilities.

During the second workshop, named ”Including everyone”, a group from UK discussed about including children and young people with disabilities in different daily life activities. It was very positive to see both adults and children working together during this session.

On the third and last day, Mirela was selected to be part of the so-called ”Human Library”, where people could ask her questions and learn more about her life with spina bifida, like an ‘open book’.

As a conclusion, all the participants stated that TOGETHER (children, young people and adults) can change things for a better future. Also, it is important for adults to listen and understand the voice of each child. The voice of the children must be taken seriously.