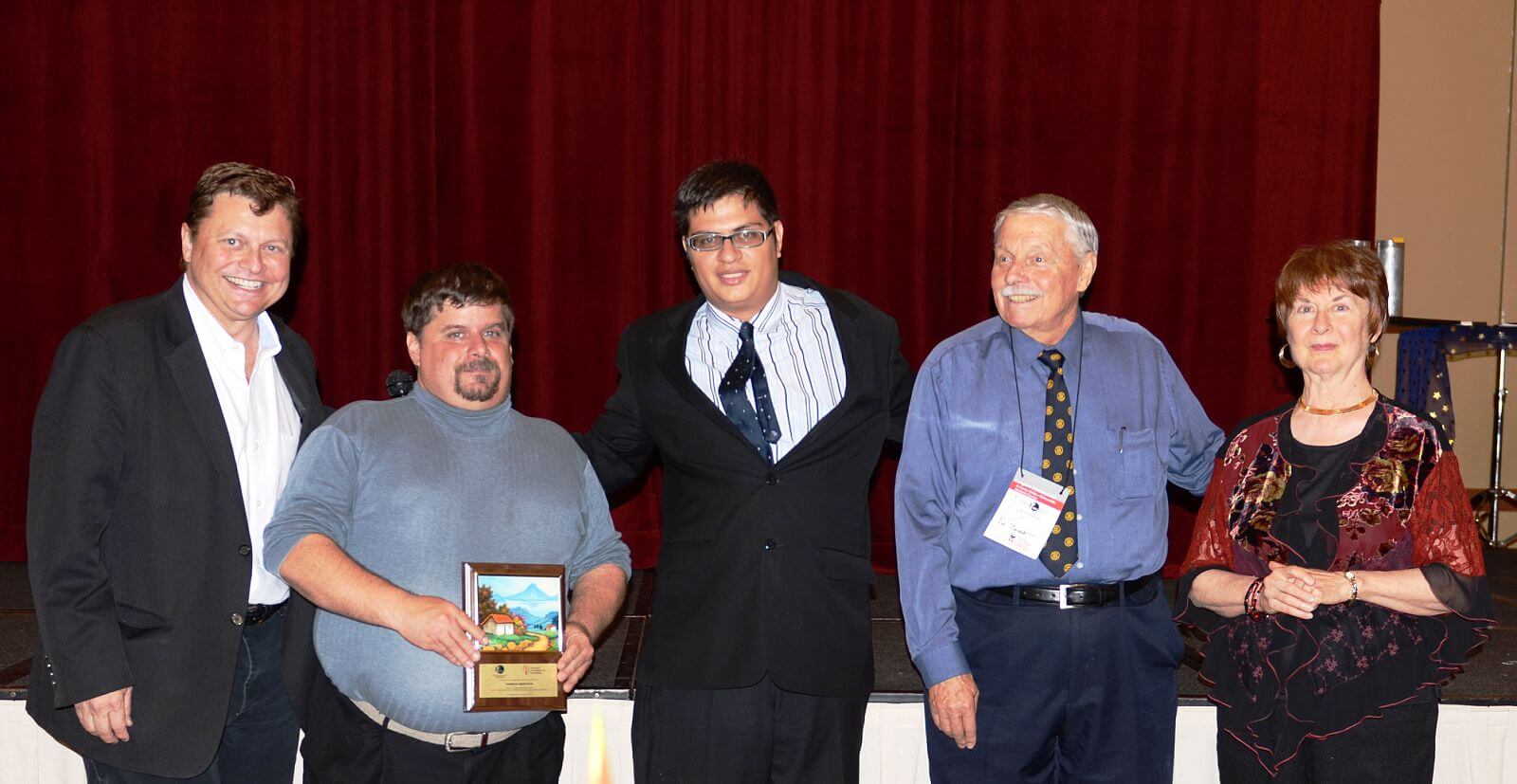 6 November 2018 // It is with great sadness that we have learned that Tom Baroch (58) has passed away, much too soon. Tom was born with spina bifida on 13 December 1959. He became a passionate disability advocate, who wanted to help change the lives of people with spina bifida and hydrocephalus (SBH) in developing countries, even if it was one at a time. Tom had a special focus on Central America, and in particular Guatemala.

It started in about 1998 when his father Ed went to Guatemala to help a group deliver text books to people in the remote areas of the country, through Rotary. Ed returned to Guatemala many times and took Tom on one of those trips in 2002.

Tom met with a non-profit called the Transitions Foundation of Guatemala through his work as the President of the Colorado Spina Bifida Association and his activity on the Board of the Spina Bifida Association (SBA) in the USA. Transitions treats people with mobility issues in Guatemala. They bring them to medical stability and then help them improve their mobility with braces, prosthetics, wheelchairs, whatever is necessary. In July 2005, Tom went to Guatemala to be the Director of Development for Transitions. He wrote an article on the history of the organisation that year, which was published in The Lancet.

In 1996, Tom attended an SBA conference for the first time, in Phoenix, Arizona.  It encouraged him to work with the Colorado Spina Bifida Association, where he was a Board member from 2001 until 2005, when he joined Transitions. Tom has been a member of SBA since 2000 and together with his family presented at their conference that year on “Living with Spina Bifida for 40 years”.  He served on the Board of SBA from 2001 until 2004. Tom also was as a member of the Steering Committee of the National Council on Folic Acid, which was managed by SBA.

As a Board member of SBA, Tom became involved with IF in 2002 and became the official Liaison Officer between SBA and IF from 2003 to 2007. During this time, Tom took part in several IF conferences, starting with the 2002 international conference in Lublin, Poland. In 2004, he was a member of the IF Election Committee, and in 2005 he presented at the combined SBA-IF conference in Minneapolis on his development work in Guatemala. Later that year, Guatemala was hit by hurricane Katrina, and through his work at Transitions he coordinated support efforts to meet the needs of the members of the Guatemala Spina Bifida Association (AGEB).

Tom also joined IF for its conferences in Helsinki, Finland in 2006, and in Kampala, Uganda in 2007. In 2011 he led a workshop for parents on sexuality, feelings of shame, and tools for transition at IF’s conference in Guatemala, together with his father Ed and Helmuth Leal of AGEB. We are for ever very grateful for his dedication and commitment.

In July this year, Tom’s mother Dorothy wrote about Tom’s life in SBA’s InSights blog, describing the road that led to Tom’s dedication to his national and international advocacy work. One month earlier, Tom himself described his “Reflections on my day on Capitol Hill“, during Teal on the Hill, where people with spina bifida came together to make their voices heard, advocating for policies to help ensure everyone with spina bifida has access to high quality, affordable health care.

Our deepest sympathy and sincere condolences to Tom’s family and loved ones. The SBH community has lost a unique and remarkable man.

“I met Tom in Minneapolis in 2005 for an IF and SBAA Conference. Like many others Tom changed my life and I found not just another friend but a partner and together for many years we tried to impact the life of so many in Guatemala. He helped the AGEB (Guatemalan Spina Bifida Association) to organize the first International Conference in Latin America. He and his family were a key part for it to happen. For many years, he came to his second country Guatemala and developed Folic Acid Programs through the Rotary Club and AGEB that had a big impact.

Writing about Tom is talking about making the difference. Small, big, it doesn´t matter.  Making the difference is action. Making the difference is example, and Tom was action and Tom was the example of how you can advocate, change, impact people´s life. He traveled the world, he prepared himself, he never said I can´t. I am truly blessed to call him my brother. We share lots of stories related and unrelated to Spina Bifida. Even in his worst days, he had a smile. Always in the painful days, he was always helping others. His dream of coming back to Guatemala is gone but the spirit he left in the streets of La Antigua Guatemala where so many time he felt and kept walking, will survive forever. Today, the Spina Bifida community around the world lost a son but a legend is born in his honor and all of us should follow his example….God bless you brother …” – Helmuth Antonio Leal España, AGEB

“I’m really sadenned by the passing away of Tom Baroch. I met him in 2007 in Kampala Uganda during IF’s conference, where I was part of the delegation of  the Spina Bifida and Hydrocephalus Association Kenya (SHAK). We mainly interacted during an adults with spina bifida and hydrocephalus side event. Since then we stayed in touch and he was a great mentor and inspiration especially in my advocacy and my career growth. I’ll greatly miss Tom.” – Rebecca Opetsi, disability advocate/SHAK