HomeNewsEuropeIF statement on EU reporting to CRPD
Go Back

IF statement on EU reporting to CRPD 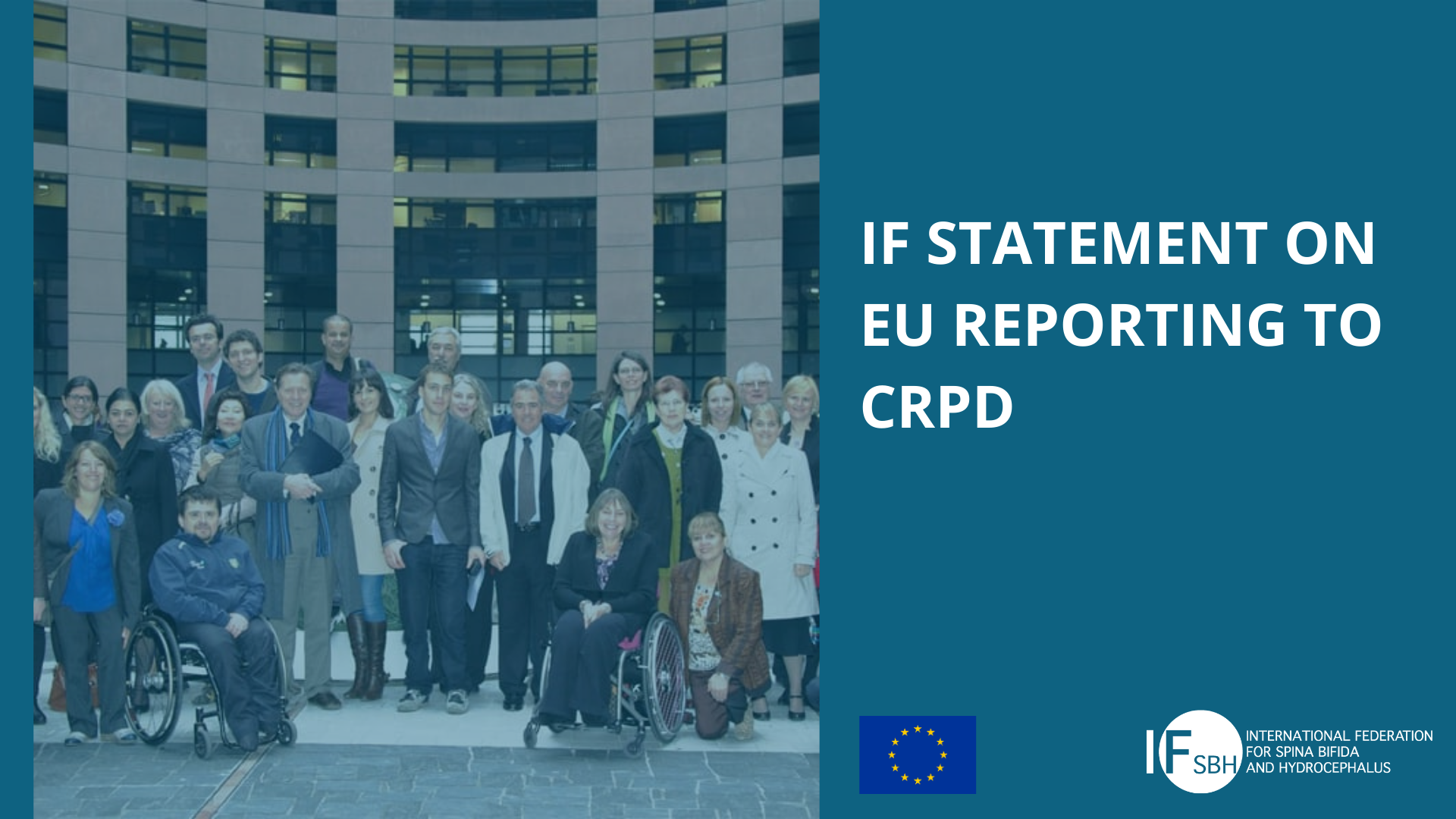 The UN Convention on the Rights of Persons with Disabilities (UNCRPD) is extremely important for IF and the global SBH community. Within it the indisputable rights of persons with disabilities are enshrined to which all States Parties to the UNCRPD commit to protect and advance.

Every State Party commits to reporting to the Committee on the Rights of Persons with Disabilities (CRPD). In this reporting cycle States Parties present on their implementation of the UNCRPD, civil society and representative organisations of persons with disabilities are given the opportunity to provide their own input.

The European Union (EU) is not only an influential global actor but also a State Party to the UNCRPD. Which, as an international organisation rather than a nation state, is a very unique position it be in. The EUs influence and uniqueness creates challenges for the implementation of the UNCRPD and its reporting cycle. In particular, the EU does not have the same competency to act in certain policy areas in the same way that nation states can.

In light if this, IF has published a statement on the EU’s implementation of the UN Convention on the Rights of Persons with Disabilities. In the statement IF explores the outcome of the 2015 reporting cycle of the EU to the CRPD, the actions taken since and the federations main concerns for the next reporting by the EU to the CRPD.

You can read the IF Statement on the EU’s Implementation of the UNCRPD here: https://www.ifglobal.org/publications/if-statement-on-eu-reporting-to-crpd/