IF at the European Day of Persons with Disabilities 2018 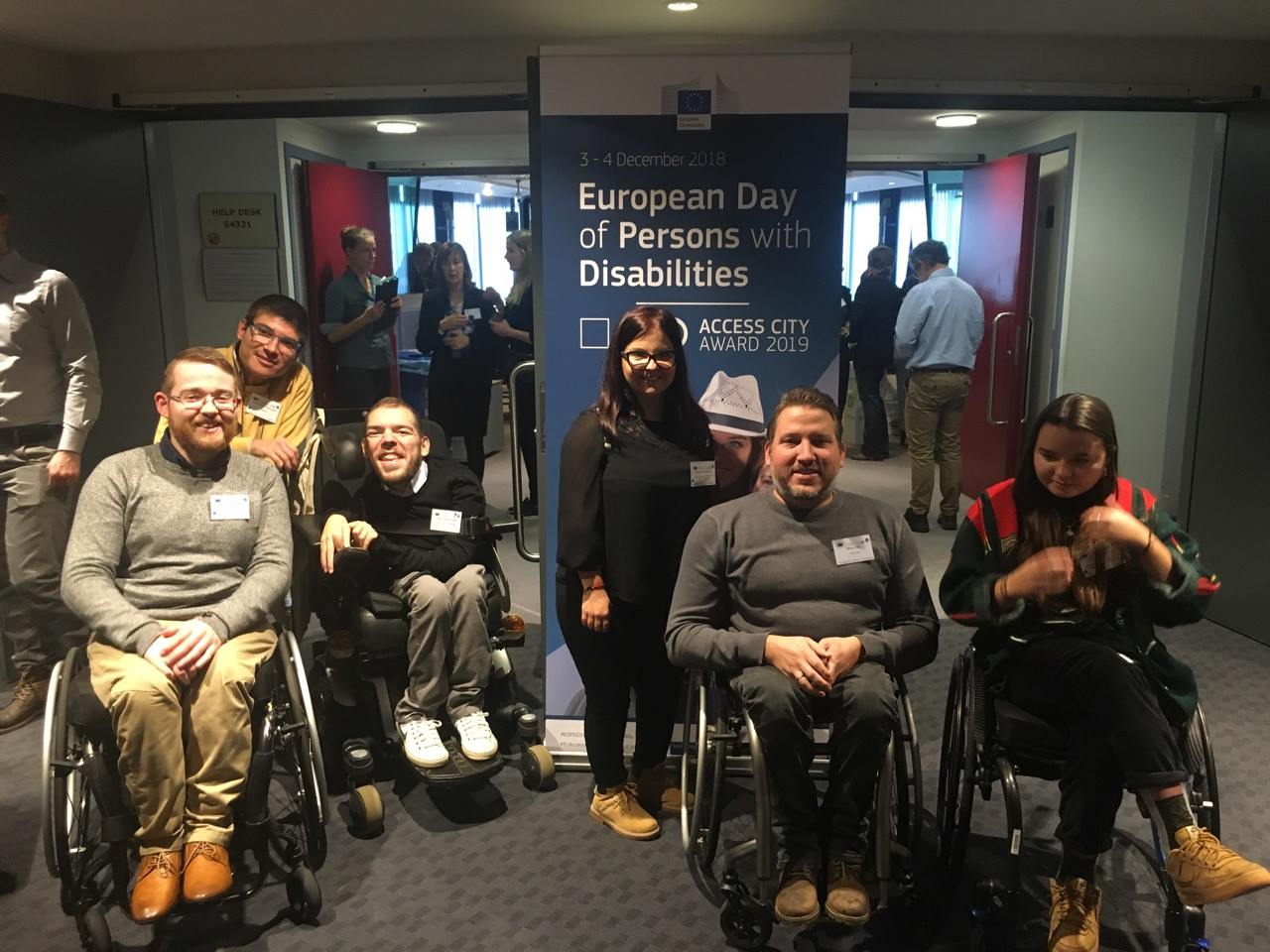 The main topic of this year was the next European Disability Strategy, of which speakers and participants had the possibility to interact and discuss the shape, from general principles to financial aspects.

During the first day, the European commission also discussed about the present and future funding of projects concerning the European Disability Strategy. On this topic Andria Suvoka, Daniela Bankier and Ann Branch were given the word.

In the afternoon, Nadia Hadad and Luk Zelderloo stressed that change is on its’ way with the Junker Plan but there’s still a long way to go, and future negotiations cannot be watered down.

The second day of the conference was focused on cultural heritage and how to make it more accessible for all. There was also a discussion about the EU Disability Card, which ensures equal access for persons with disabilities mainly in areas of leisure, sport, culture and transport. This day also included the celebration of the Access City Award, an award for the most accessible cities in Europe for people with disabilities. The prize was won this year by the city of Breda, in the Netherlands.

Through different panels the topic of deinstitutionalisation was also discussed, promoting a different approach to mental healthcare that allows people living with mental ill health to live within the community and not isolated from it. Immediately after the end of the conference a seminar focused on deinstitutionalisation  was hosted in the Commission by the EU Agency for Fundamental Rights (FRA).

The International Federation for Spina Bifida and Hydrocephalus took part in the EDPD2018 with a delegation of staff and youth representatives, coming from different European member organisations. Carmen Clemente from Spain, Marcus Ward and Frank Larkin from Ireland, Alex Jeronimo from Portugal, Helena Corens from Belgium and Cailin McKie from Scotland were in attendance to represent the IFSBH.

Mario Sel and Helena Corens, from the Flemish Spina Bifida and Hydrocephalus association (Vereniging voor Spina Bifida & Hydrocephalus), both had the opportunity to interact with the speakers of the conference on behalf of people with SBH.

Mario commented about the EU Disability Card, pointing out that in a completely accessible environment there would not even be the need for a disability card. Equality and accessibility are therefore more than just a card.

Helena also raised her voice by asking a question addressed to the members of the Commission, inquiring how they will make sure that member countries will keep up to their responsibilities within the new financial loan programme.

Even if the conference was rich in information and food for thought, more could have done to cover the topic of disability in a more broad and deep way. Social aspects including, for example, the position of people with disabilities in the labour market, the educational system, and so on, would have offered a more practical and useful source of information for participants, especially for young people who were overly present at the conference.

It was, in conclusion, a pleasure for IF staff and members to take part to this year’s European Day of Persons with Disabilities, and we really thank the European Commission and European Disability Forum for hosting and organising this initiative.