IF advocates for birth registration at 12th COSP 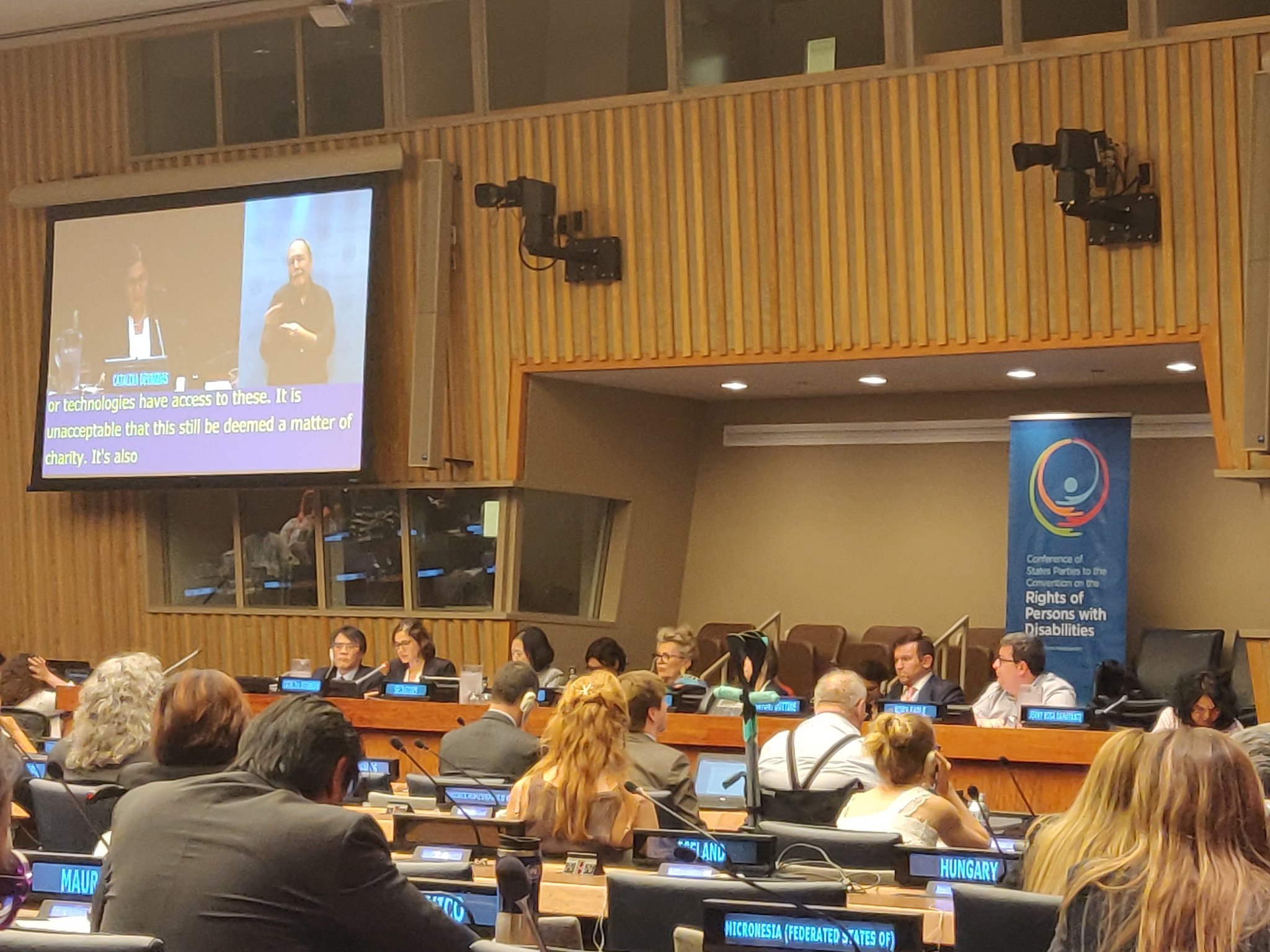 14 June 2019 // From 12 to 14 June, IF Secretary General Lieven Bauwens was at the 12th session of the Conference of State Parties (COSP) to the Convention on the Rights of Persons with Disabilities (CRPD) in New York. The session was opened by Antonio Guterres, Secretary General of the United Nations.

The COSP is a three days annual event of plenary sessions and with over 80 side events, focused on discussing the progress on the implementation of the CRPD, which almost every country in the world has now ratified.

IF has consultative status to the Economic and Social Council (ECOSOC) of the UN, allowing us to observe and take part in relevant Human Rights mechanisms of the UN. This year we were invited to take part in the Round Table discussions on “Social inclusion and the right to the highest attainable standard of health”. .

In a 3 minute speech, Lieven once again emphasised the importance of  birth registration, the start of legal existence. Unfortunately, many children with disabilities around the world are still not registered at birth, which puts them at a greater risk of neglect, institutionalisation, and premature death. One of IF studies has found out that sadly this is also the case for many children born with SBH.

As the Special Rapporteur on the Rights of Persons with Disabilities, Catalina Devandas, stated earlier during the session: “… a high number of newborns with congenital issues such as spina bifida and hydrocephalus die before they are one month old because of a lack of specialised treatment. This is not the inevitable result of being born or living with a disability, it is the result of the failure of States to act.”

In his statement, Lieven also referred to another study, which is being conducted in Uganda, highlighting that  generosity, consideration and humaneness towards others in the community is paramount to survival of children with SBH, even more than any medical intervention. A local term: Obuntu Bulamu, was used to describe the phenomenon, which might translate as “a sense of belonging” or “acceptance in the community”.

You can watch Lieven’s intervention here.

Read more about the study in Uganda.